Viswanathan Anand won the Tata Steel Chess India blitz tournament in Kolkata. "It was just the most magical day," said the Indian superstar, who tied for first with Hikaru Nakamura with 12.5/18 and then defeated the American grandmaster in the playoff.

11 months after winning the world rapid title in Saudi-Arabia, Anand, now 48 years old, won yet another strong event. His victory in the blitz in Kolkata was the cherry on the cake for the local organizers and fans, who can look back at a very successful inaugural Tata Steel Chess India event.

"To win this tournament, and to win it at home, is amazing," said Anand. 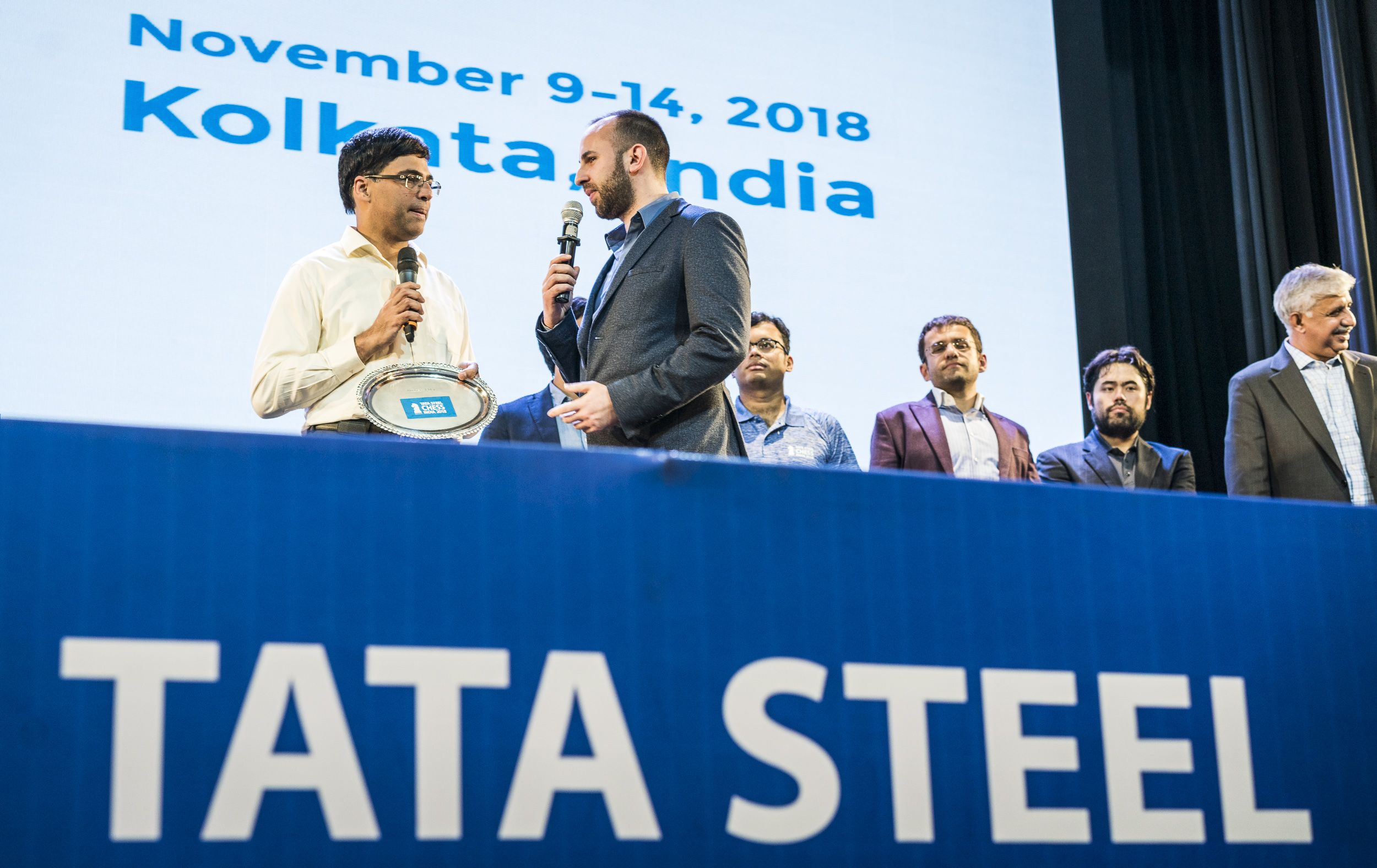 There was not a single person in the room who begrudged Anand's win, and that included his opponent in the tiebreak, Nakamura. He showed great sportsmanship in the small speech he gave by calling Anand the "deserving winner" and "a truly great chess player."

The second and final day of blitz started with Nakamura leading the pack with 6.5/9, half a point more than Wesley So. Aronian was a full point behind the leader, and both Anand and Harikrishna were trailing by 1.5 points.

Anand's day was indeed magical as he scored an undefeated 7/9 in the final nine rounds, and 1.5/2 in the playoff. His performance rating on Wednesday was over 3000.

Nakamura ("obviously a monster in blitz"â€”Anand) ended up equal first with Anand as he scored 1.5 points less on the last day. A key game was his loss to Pentala Harikrishna in round 11. The Indian player has played a number of excellent games here in Kolkata.