Nakamura Surges To The Top

With a perfect score of 3/3 on the second day, Hikaru Nakamura is now tied for first place at the Tata Steel Chess India tournament in Kolkata. Levon Aronian did fine as well with 2.5/3 and is the joint leader.

On the other end of the leaderboard Surya Shekhar Ganguly, who is from Kolkata, is suffering. Today the six-time Indian champion lost all his games. He's in last place, with 1/6. Rising star Nihal Sarin drew one more game today and is on 2/6 now. 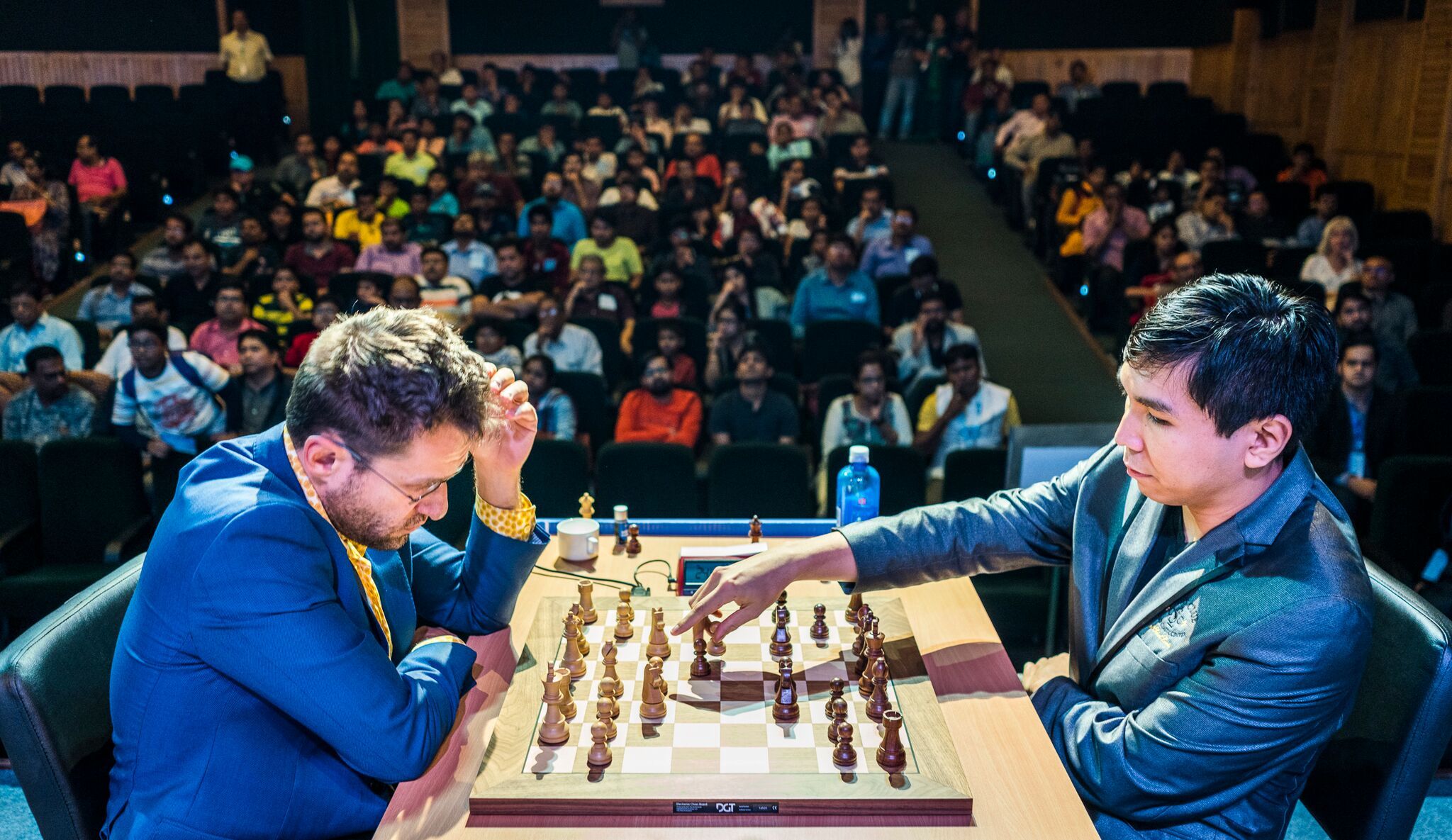 The first round started with an incredible oversight from Aronian and his opponent Wesley So. Both missed a simple tactic, although it seemed that the American player noticed White's possibility right after he let go of his bishop on e7.

Aronian spent a bit more than three minutes on the clock and, to the shock of commentators Tania Sachdev and Lawrence Trent, didn't go 27.Rc8. He won anyway.