Five thousand miles away and 6.5 hours before the start of the world championship match, 10 strong grandmasters made their moves in what was the first round of the Tata Steel Chess India tournament in Kolkata. Over 300 spectators came to watch.

During the opening ceremony on Thursday evening, at an open-air terrace of the luxurious Taj Bengal hotel in south-west Kolkata, journalists mostly asked questions to Viswanathan Anand, one of India's biggest sports stars.

Asked about the future of chess in India, Anand noted: "This tournament should be part of it." 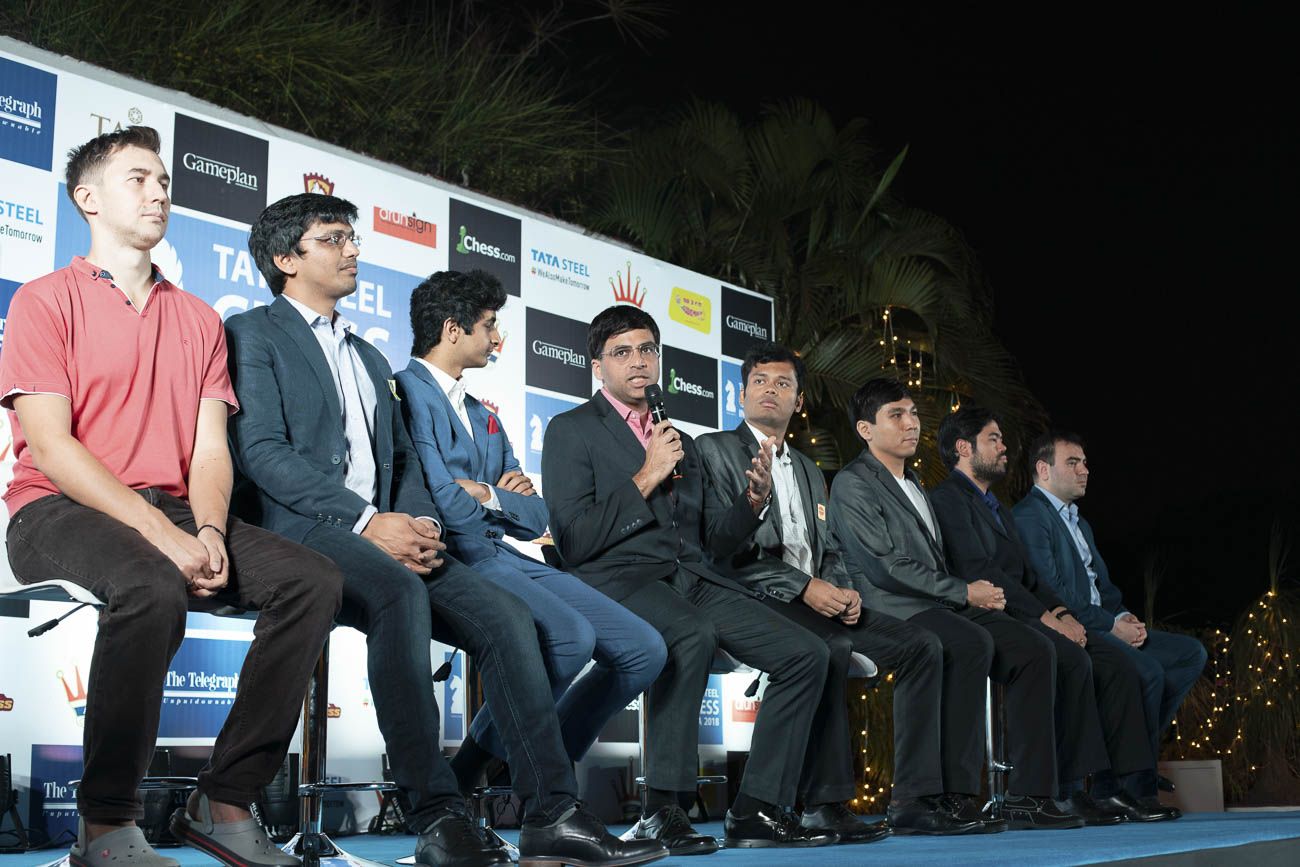 And indeed, it was all that was missing in a country that has produced so many talents and rising stars in recent years. Many open tournaments and other types of events are being organized, but there just wasn't a super tournament yet.

Not counting events for the world championship cycle (his match with Gata Kamsky in 1994 Sanghi Nagar!) it was in Kolkata 1992 when Anand last played a regular tournament on home soil. Sergey Karjakin, a seasoned grandmaster, had never been to India in his life.

After organizing company Gameplan had taken the plunge and started working on the tournament in the spring of 2018, somewhere in the summer a contract was signed with one of India's corporate giants: Tata Steel. It was a logical cooperation, since it's the same company that sponsors the famous event in Wijk aan Zee each year. That one is classical chess, and here in India rapid and blitz were chosen.

The field for each of the two events is a nice mix of western and Indian grandmasters, and includes two Indian prodigies: Nihal Sarin, who plays in the rapid, and Praggnanandhaa Rameshbabu, who will play the blitz. 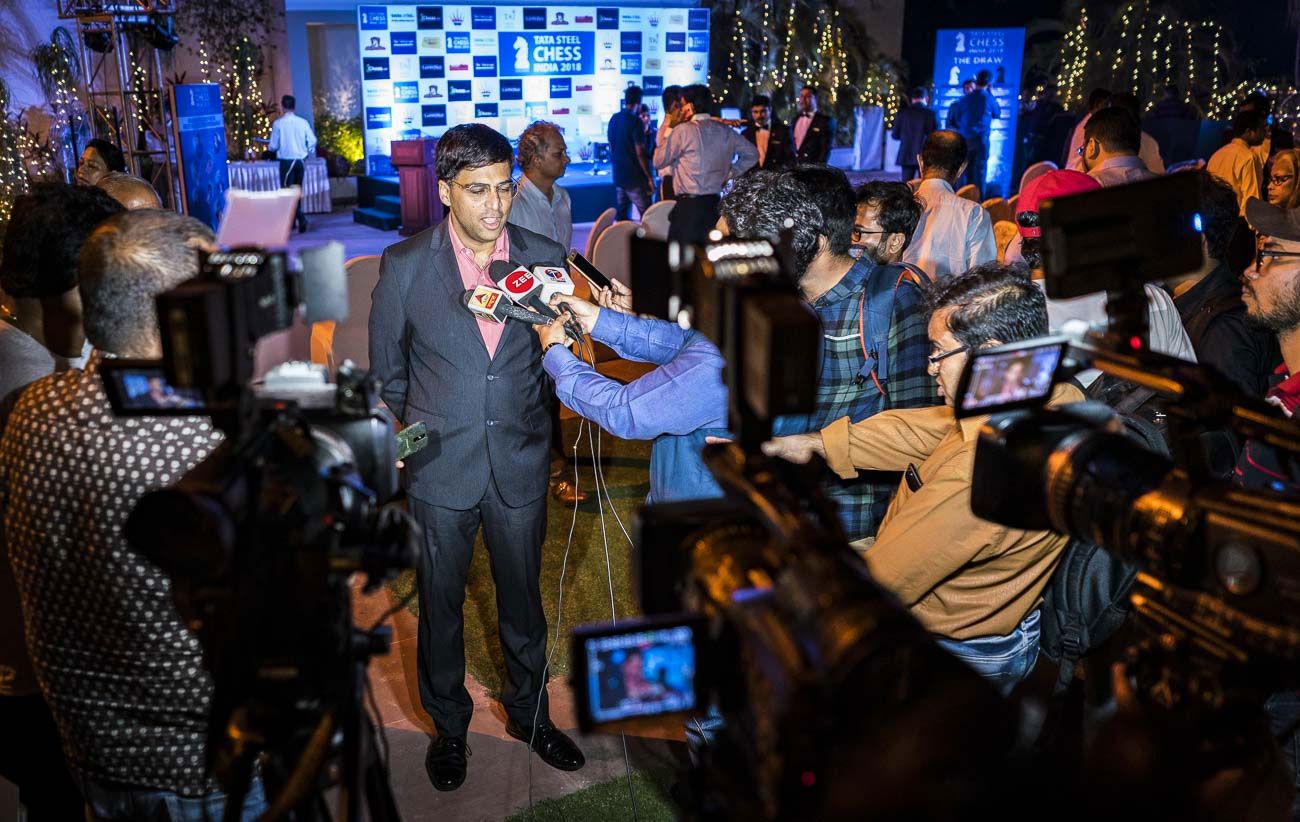 The rapid tournament runs for three days, with three rounds played on each day. Just like in Grand Chess tour events, the second round was scheduled to start 1.5 hours after the first, and the third 1.5 hours after the secondâ€”but everything changed when Anand and his first-round opponent Wesley So played a game that lasted for 145(!) moves and a bit longer than 1.5 hours!