Arjun Erigaisi wins Tata Steel Chess India 2022 Blitz with a round to spare, now World no.10

India no.3 GM Arjun Erigaisi won Tata Steel Chess India 2022 Blitz with a round to spare 12.5/18. His score is the same as Nakamura and Anand tied in the 2018 edition of this event. Arjun scored two crucial wins on the final day against Shakhriyar Mamedyarov in Round 15 and Hikaru Nakamura in Round 17. Bouncing back against the new World Fischer Random champion after suffering a loss against Iran no.1 Parham Maghsoodloo in Round 16 is where Arjun showed what champions are made of. This is Arjun's third Tata Steel event triumph. First one was - Rapid 2021, then Challengers in early 2022 and now this. The teenager is now World no.10 in Blitz in the live ratings. One thing is for sure, this year the World Rapid and Blitz is surely going to be an exciting event, thanks to these impactful performances. Photo: Lennart Ootes

"Yes for sure. It feels very good to finish first and second last year (Blitz) as well as this year (Rapid). I was slightly upset with my performance in Rapid but I am happy that I won the Blitz event." - Arjun Erigaisi on winning Tata Steel Chess India 2021 Rapid, 84th Tata Steel Chess Challengers earlier this year in Wijk aan Zee, Netherlands and now Tata Steel Chess India 2022 Blitz. "The previous game, I think I shouldn't have lost to Parham. I had a very good position. I should have at least drawn that game. I was super upset after that, I didn't know how I managed to compose myself. I was even thinking to maybe try to make a quiet draw but I went for a very sharp line. I got a better position but it was a very topsy-turvy game. I was lost at some point. It was filled with mutual errors but I am fortunate that I managed to come out on top in the end. I am very thankful to Tata Steel for inviting me. It actually all started here last year in Kolkata, then I won the Wijk Challengers and this went well also. I will be playing in the Masters next year. So I really look forward to it." - Arjun on the importance of the game against Hikaru Nakamura in the penutlimate round, the precursor and aftermath of it. 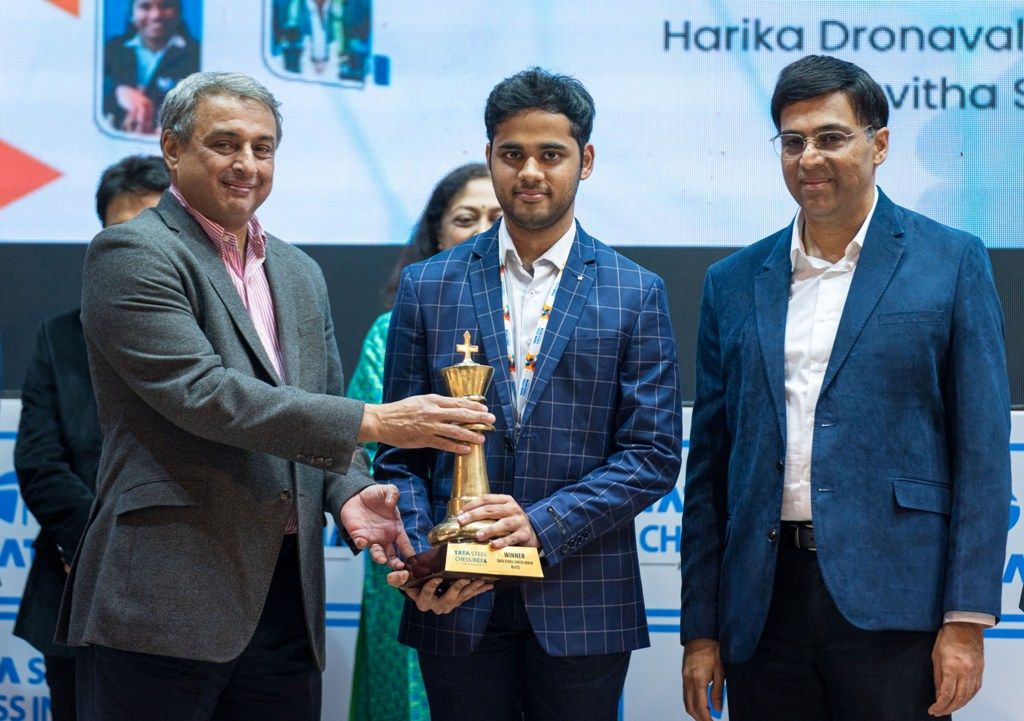 "I believe it's the same inside as well but there are some exceptions obviously. I think I just collapsed after the game against Parham. Also with Hikaru, I did show some emotions after the game." - Arjun on his composure during tense situations. 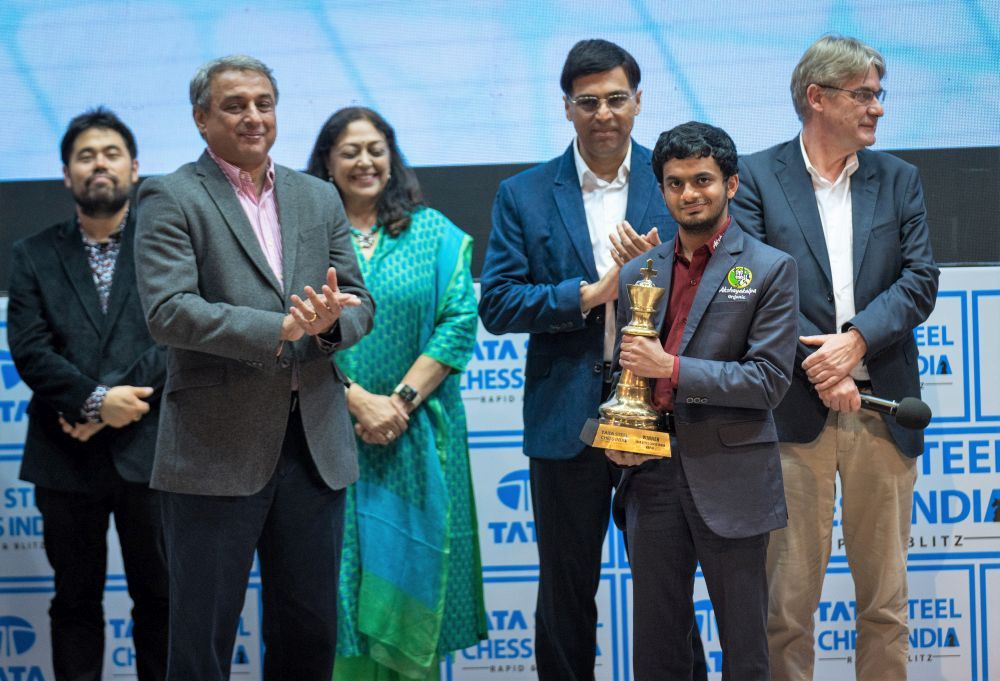 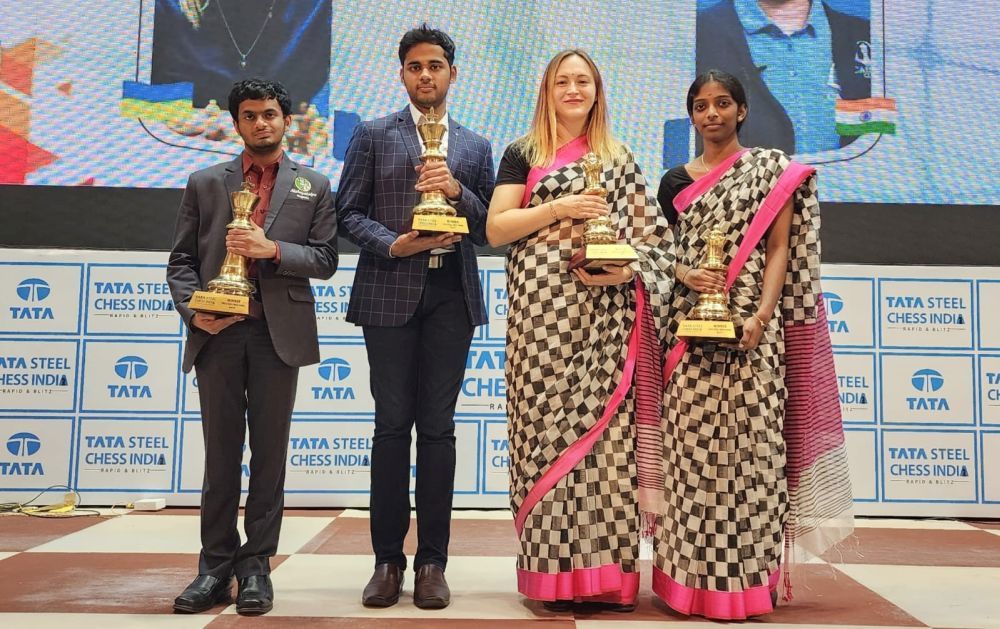 "Yes definitely it's nice to see that we are on the right track at least. They have made remarkable strides in the last year. One of the visions was, to make sure that India was well represented at the top of world chess. They are doing a great job. So full congrats to them and yeah I am very proud that it's working so well." - Vishy Anand on three out of the four champions of Tata Steel Chess India 2022 Rapid and Blitz being a WACA (Westbridge Anand Chess Academy) student. 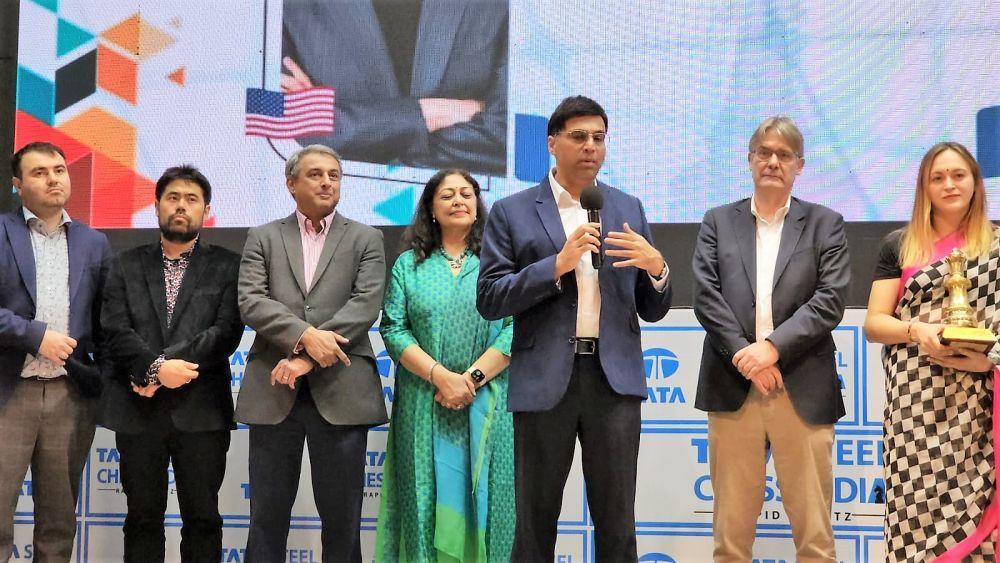 Round 10: Not an ideal start

GM Arjun Erigaisi (2750) did not have the perfect start. He lost the first game of the day against the reigning World Rapid champion and Olympiad Gold medalist, GM Nodirbek Abdusattorov (UZB, 2666). It was a topsy-turvy encounter which could have gone either player's way. GM Shakhriyar Mamedyarov (AZE, 2733) defeated GM D Gukesh (2632) to jump into sole lead 7/10.