Arjun Erigaisi scored 6.5/9 to emerge sole leader at Tata Steel Chess India 2022 Blitz. He is a half point ahead of Shakhriyar Mamedyarov (AZE) who was the only person to beat Arjun so far. They are followed by Vidit Gujrathi at 5.5/9. With a performance of 2871, Arjun is gaining 14.4 Elo rating points so far, making him currently the World no.12 in Blitz in the live ratings. Nihal Sarin made the perfect start by beating Hikaru Nakamura in the first round. However, they both are now at 5/9 each. Gukesh and Praggnanandhaa are at 4/9 each. The final day of the Blitz tournament starts today from 3 p.m. IST. Who do you think will win the event? Photo: Lennart Ootes

No one remains invincible

If the Rapid event was a sign of things to come, no one should be surprised to see that all players lost at least one game. The reigning World Rapid champion, Nodirbek Abdusattorov (UZB) is struggling at 2/9. That certainly speaks volumes about the level of the playing field. Round 1, 3, 6 and 7 had five decisive games each. As the tournament progresses towards its conclusion, we might just see more of them. 36 out of 45 games ended decisively. There were only nine draws. The decisive game percentage is at 80 now. 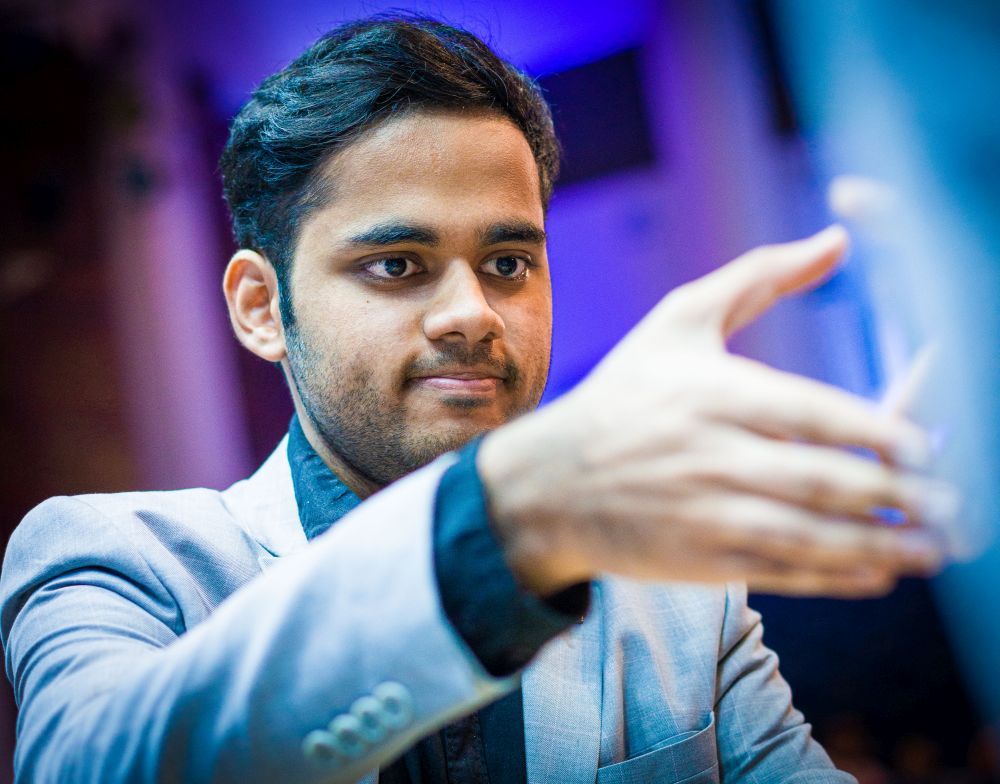 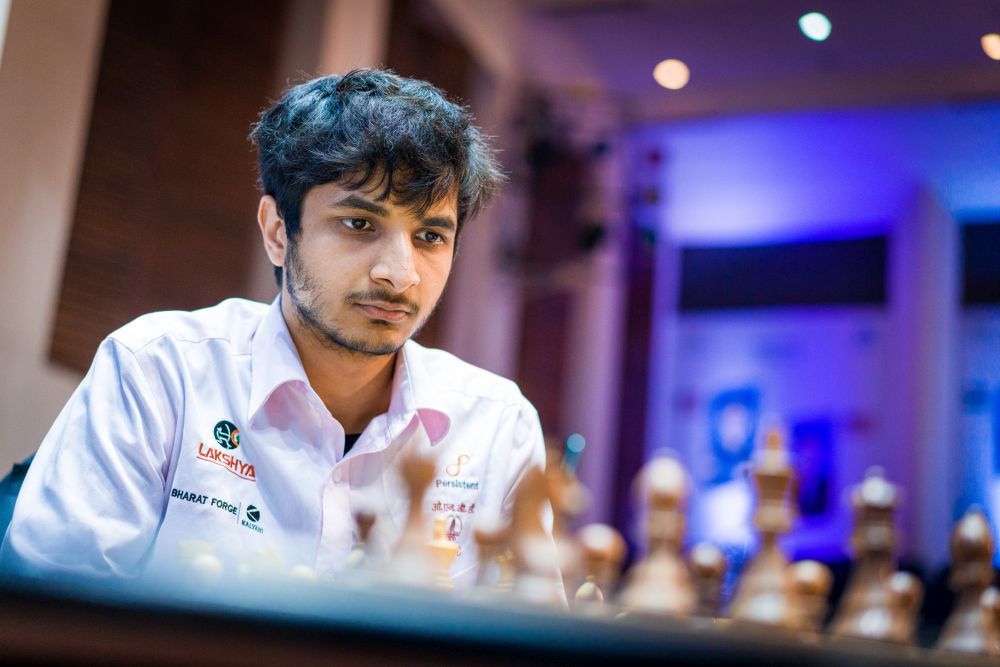 Nihal Sarin (2702) started the day with a huge victory over Hikaru Nakamura (USA, 2909). It was certainly a difficult queen vs double rook endgame for both players to play in the last few seconds. Nihal eventually prevailed against all odds. 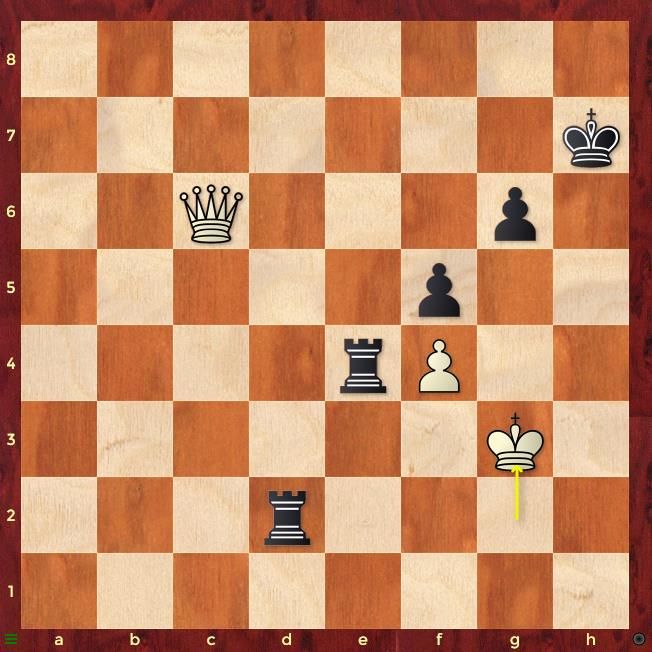 70...Kh6 and bringing the black king into action would have made things difficult for White. 70...Rd3+ 71.Kh4 and now Rxf4+ still ensures Black does not lose the pawns. 71...Rde1 72.Kh4 Rde1 73.Qxg6+ Kh8 74.Qf6+ Kg8 75.Qg6+ Kf8 76.Qxf5+ dropped both pawns in quick succession and it was also important to capture the last pawn with a check to not lose tempo. The game ended with a nice zugzwang where Black is forced to lose a rook and liquidating into a pawn ending is also a loss for Black too.